Last night, a solid crowd of 15 teams came to play trivia at the Bard's Town. The fun mix of categories in last night's game included a round of identifying TV shows by their major characters, animated scenes in live-action movies, and #1 hits from the late 80s and early 90s. In the game, everybody wanted to rule the world, as many teams Kriss Krossed their way up the leaderboard, but ultimately it Intellectual Chocolate was able to "hold on for one more day," thanks to their perfect score on the final round. Only one of their team members wished to be photographed, but I can assure you they had a full team. 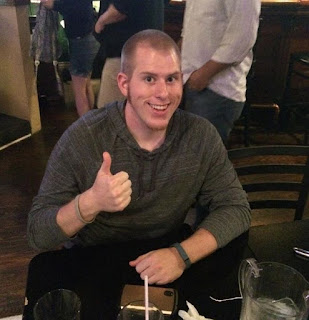